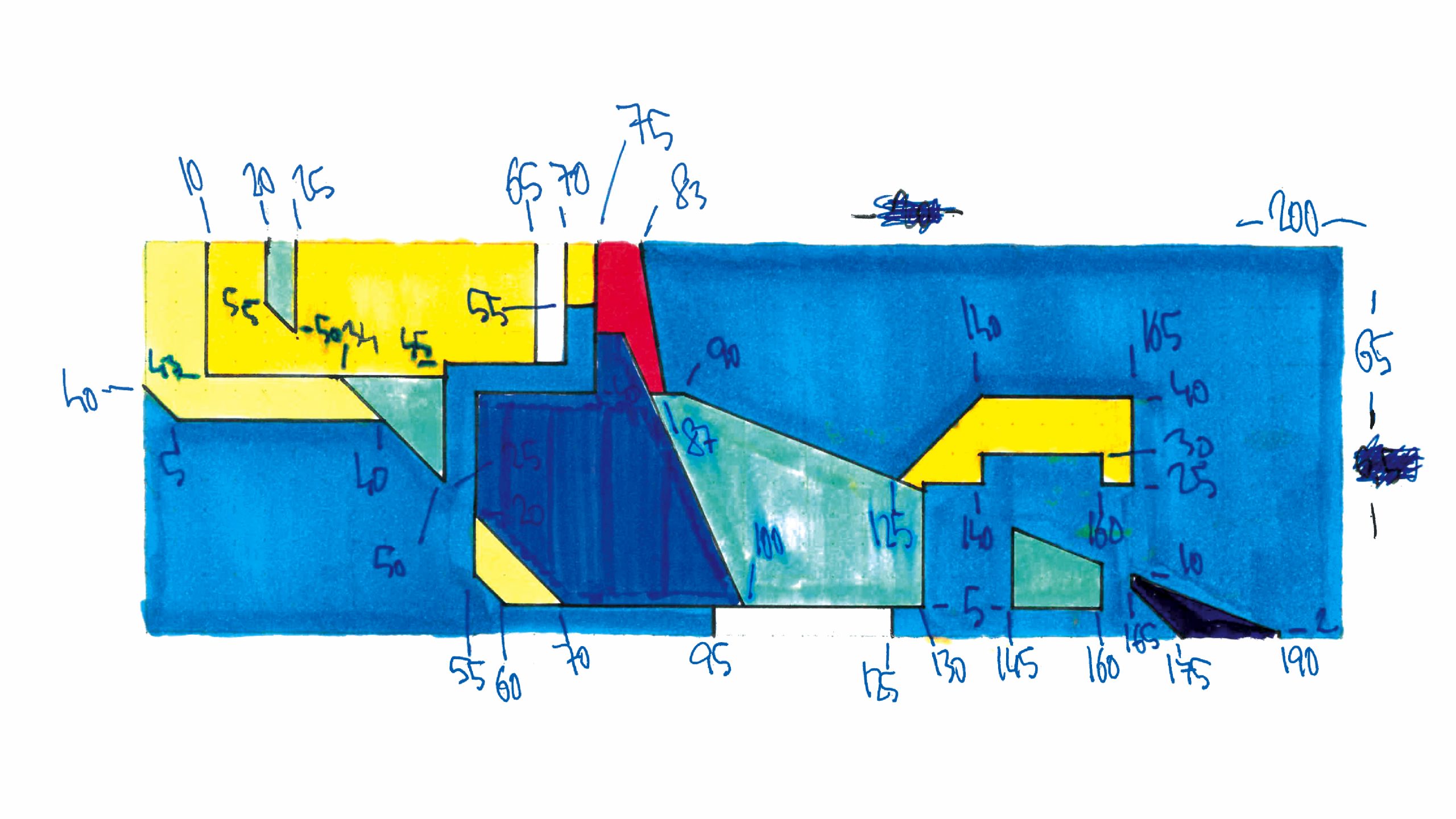 ZEB ONE (1982) is another of the writers who crossed the line between the street and the gallery scene and joined the ever-increasing trend of recent years, characterized by the gradual penetration of graffiti into the space of free art. The current exhibition, succinctly named Geometric, speaks directly to the artistic language that dominates it. From the very beginning, ZEB ONE’s paintings, mostly consistently based on formats, are characterized by a flat purist style of “ruler” geometry.

“… I tried the canvas precisely because the graffs came to me and I was bored in the sense of not doing the same thing over and over, painting the letters every time, wrapping them and so on (I also didn’t like how much energy it cost to be up to three o’clock in the morning). It was too chained at one point. After a while, I noticed that I was thinking similarly on the wall and on the canvas, I tried to connect the individual details and it occurred to me that it worked. It all ended in such a way that the two things gradually merged into one and interconnected and enriched each other … ”
The exhibition is accompanied by the publication of the publication of the same name with an introductory text by Radek Wohlmuth and an interview with the Swedish art theorist and journalist Tobias Barenthin Lindblad. The graphic visual of the book and exhibition was created by Jan Matoušek.

Other accompanying programs include:
Painting of the mural in Komunardů Street from Saturday, September 21
Guided tour with the curator and the artist on Thursday, October 3, from 6 pm
Graffiti workshop with Sany for older and advanced on Sunday, October 13 from 2 pm