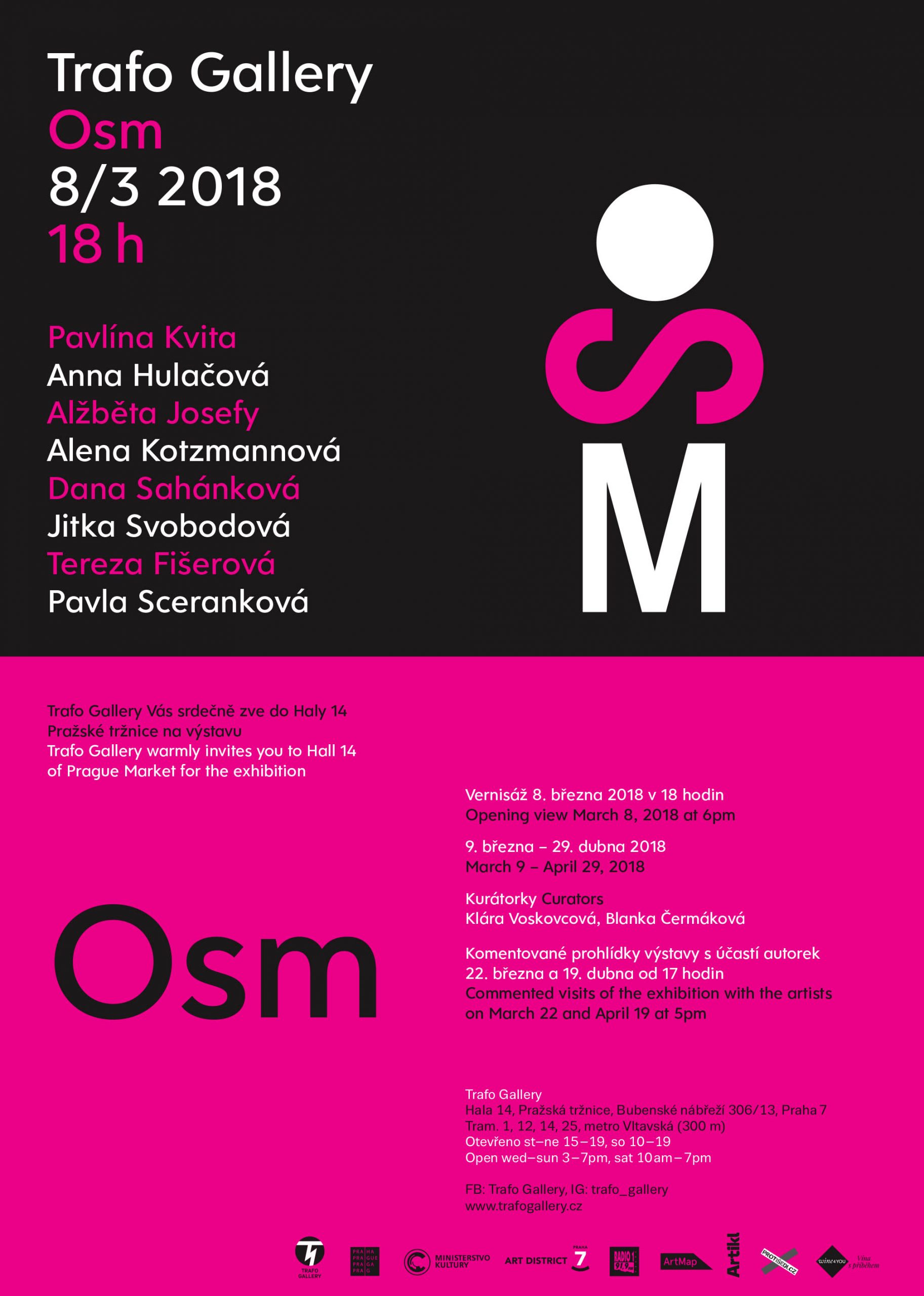 Eight different approaches, forms, moods, experiences, statements. Eight distinctive solitary authors, which complement each other, are both conscious and indirect inspiration. A network of functioning visual relationships in space that relativize the principle of descending transfer of experience over time. Coincidence does not exist again.

This year, the 110th year since the establishment of International Women’s Day on March 8, the OSM number has become a fundamental key to delimiting such a general purpose as the “women’s art” exhibition. We followed OSM from different perspectives in order to finally create two imaginary quartets and four pairs and combine them into an exhibition unit. We ended up putting the figure of eight to symbolically pay tribute to those whose names had fallen into oblivion if they had ever been on the road in the opposite direction. Due to the limited time of preparations, we did not dare to take a deep probe into the caves, similarly to a show of respect provided with a gender footprint. On the contrary, we wanted to continue the creation of the Eight-Member Exhibition as freely as possible when a person simply cancels the category of “women’s art”. And yet it exposes ONLY women.

Is there an “element, motive, theme” that our OSMs share? Is there something that connects such a strong and different solitary author and that could only concern the women / women side of their work?

The OSM exhibition is based on a visual game with a variety of artistic manuscripts. We have connected the distinctive works of distinctive artists, each of whom moves in a different artistic position, and yet their visual language can be combined. Tereza Fišerová, one of the youngest participants, as a representative of video art, Anna Hulačová in the field of sculpture and plastic work with matter, Alžběta Josefy, painter of enchanting themes, Alena Kotzmannová as the only one in the category of photography, which naturally cancels each of her works, Pavlína Kvita, the border between a sculpture and an object, Dana Sahánková in the role of a sovereign artist, Pavla Sceranková, an unclassifiable creator of kinetic installations, objects, videos, and the legendary artist, Jitka Svobodová,, humiliating the classical perception of the subject world.

All the authors from OSMi touch on the elements of everyday life – they connect furniture, home space, memory, folk decor, natural products, etc. They compile the details of everyday life in a chain of other facts. But art does this regardless of gender and always. The truth may be that for a woman artist, working with the immediate is
and the everyday environment more natural, more common than for men. Let’s set aside the reasons why this is the case.