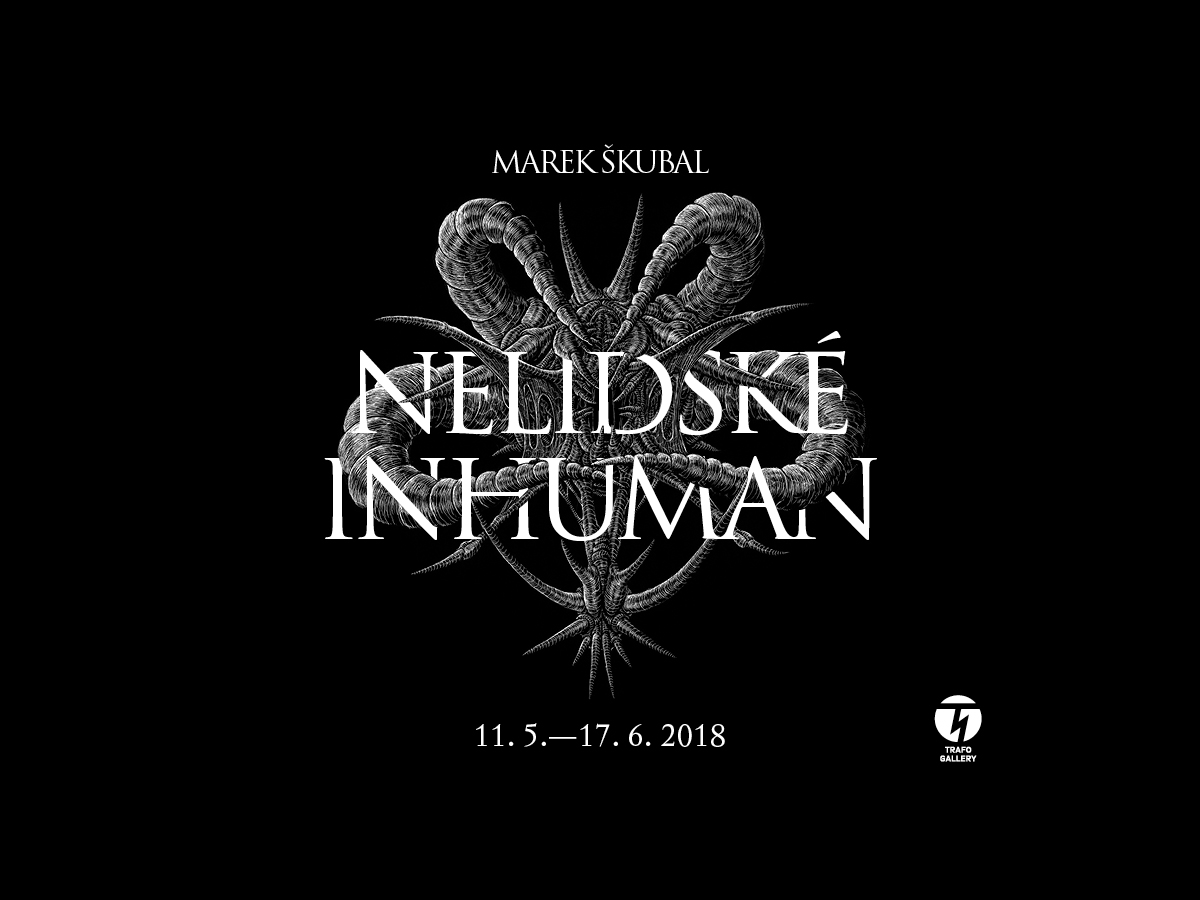 The common denominator of the works of sculptor and graphic artist Marek Škubal is a conscious distance or delimitation from the idea of ​​anthropocentrism and its value and visual scales. In small-scale engraved drawings from recent years, the author gradually brings to life an extensive pantheon of worm-shaped Deities of a peculiar personal mythology – the Inhuman in the sense of something distant from man, beyond his comprehension and beyond. He is also interested in possible forms of an individual’s escape from the dictates of social convention and the search for new forms of the ideal of beauty in the extreme. Inhumanity thus offers a view behind the curtain of parallel universes as well as introspective contemplation over one’s own humanity.
In cooperation with the Academy of Fine Arts in Prague and the Felix Jeenwein Gallery, a bilingual publication with graphic design by Marvil, Jiří Karásk and Radek Typovský is being created for the exhibition.

Where are the boundaries of the current ideal of beauty? What if we look at the other side of the spectrum outside the mainstream understanding influenced by mass production and the media? At first glance, a deformed, injured, or deliberately injured face goes beyond the common notion of a general understanding of humanity. But it is an a priori perception, what if behind such a speech there are strong attitudes, individual and uncompromising speech, which sets its own boundaries, both content and visual?

Marek Škubal (* 1986), a graduate of the Prague Academy of Fine Arts, is systematically and for a long time looking for answers to the above questions, the seeds of which can be found deep in cultural history. They repeatedly emerge and disappear in the manifestations of society and art. At present, however, representing a significant stream of thought and expression connected with ritualized behavior, music, literature.

In his monographic exhibition, Marek Škubal combines in perfect form two ensembles and at the same time two artistic approaches.

Nefertiti now – a cycle of five portrait busts is a sculptural representation of the principle. The name refers to the iconic polychrome bust of the Egyptian queen Nefertiti, who has been an ideal of female beauty since ancient times. However, the depicted personalities deviate from the conventional aesthetic canon, demolish it or completely overturn it. According to his own words, the author chooses artists of different genres, “personalities so strong humanly, artistically and visually that they create their own canon”. These are portraits of musicians Anna Varney (Sopor Aeternus and the Ensemble of shadows), ¥ o-Landi Vi $$ er (Die Antwoord), Araney Peel (Grausame Töchter), model Melanie Gaydos and body art artist Maria Jose Christerna, known as Vampire woman. Marek Škubal deliberately comes up with a way of expression that refers to classic works of the past. On the one hand, this can be understood as a certain contrast to the extreme visuality of the depicted, but on the other hand, it moves them to a timeless level and strengthens their status as a canonical idol.

Bůh odporných věcí a set of 65 scratchboard scalpel-engraved drawings is the culmination of his doctoral work at the Academy of Fine Arts in Jiří Petrbok’s studio. Sixty-five different forms of a single being, a symbolic God who is able to absorb and unite polarities. Questions of evil and good, beauty and ugliness no longer matter here. God is not a being, uniting opposites and transforming them into another unity. It is born from the darkness it still eats and grows from. Darkness is its essence, an integral part and structure of the body. The cycle, based on the genesis of the author’s previous work and experience with Eastern philosophy, has a spiritual character both in its content and in the process of its origin. It does not cause decay but eternal growth.

At first glance, perhaps inhumanity, conditioned by the controversy between the mainstream and its different forms, becomes essentially human in the power of its metamorphosis, its transformation into another entity, no longer an earthly being.

The exhibition is accompanied by a bilingual publication in cooperation with the Marvil studio, which will be christened at the opening.

Accompanying program of the exhibition 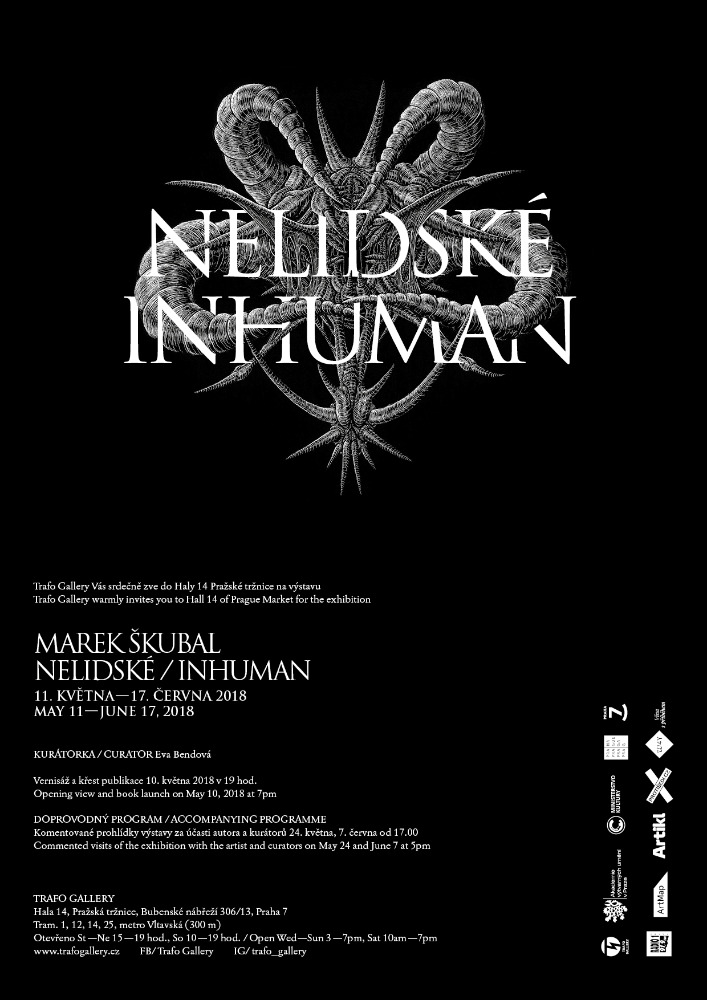