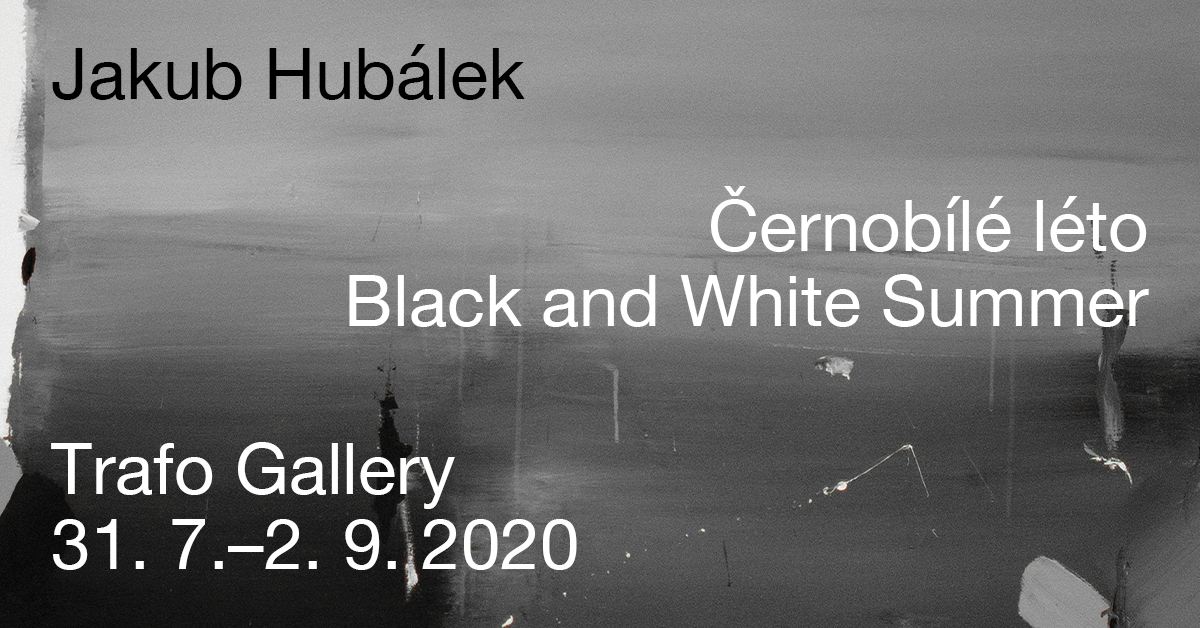 Jakub Hubálek is one of the distinctive painter’s solitaires of the youngest artistic generation. He entered the Czech art scene in 2010, when he graduated from the Academy of Fine Arts in Prague in the Drawing Studio. The relationship to this medium is also essential for his authorial conception of the painting, and it is on this relationship that all the essential specifics are based that make his painterly expression exceptional and recognizable. The author balances the focus on black-and-white tonality, which he worked on through green monochromes, with a sense of contrast between forms within the pictorial constitution. On the one hand, descriptiveness on the border of the quoted photographic model, on the other hand, impulsive expressive inputs, which dismantle descriptiveness in its perfect illusiveness. The tension between the two poles of expression (precision vs. gesture) creates a world of changing, contradictory atmosphere, behind which we feel an ambivalent view of the introvert. Somewhere rather critical, elsewhere sober, but often subversively subversive or captivatingly melancholic.

The exhibition is based on a bilingual monograph of the same name, authored by Dipozitiv Studio.