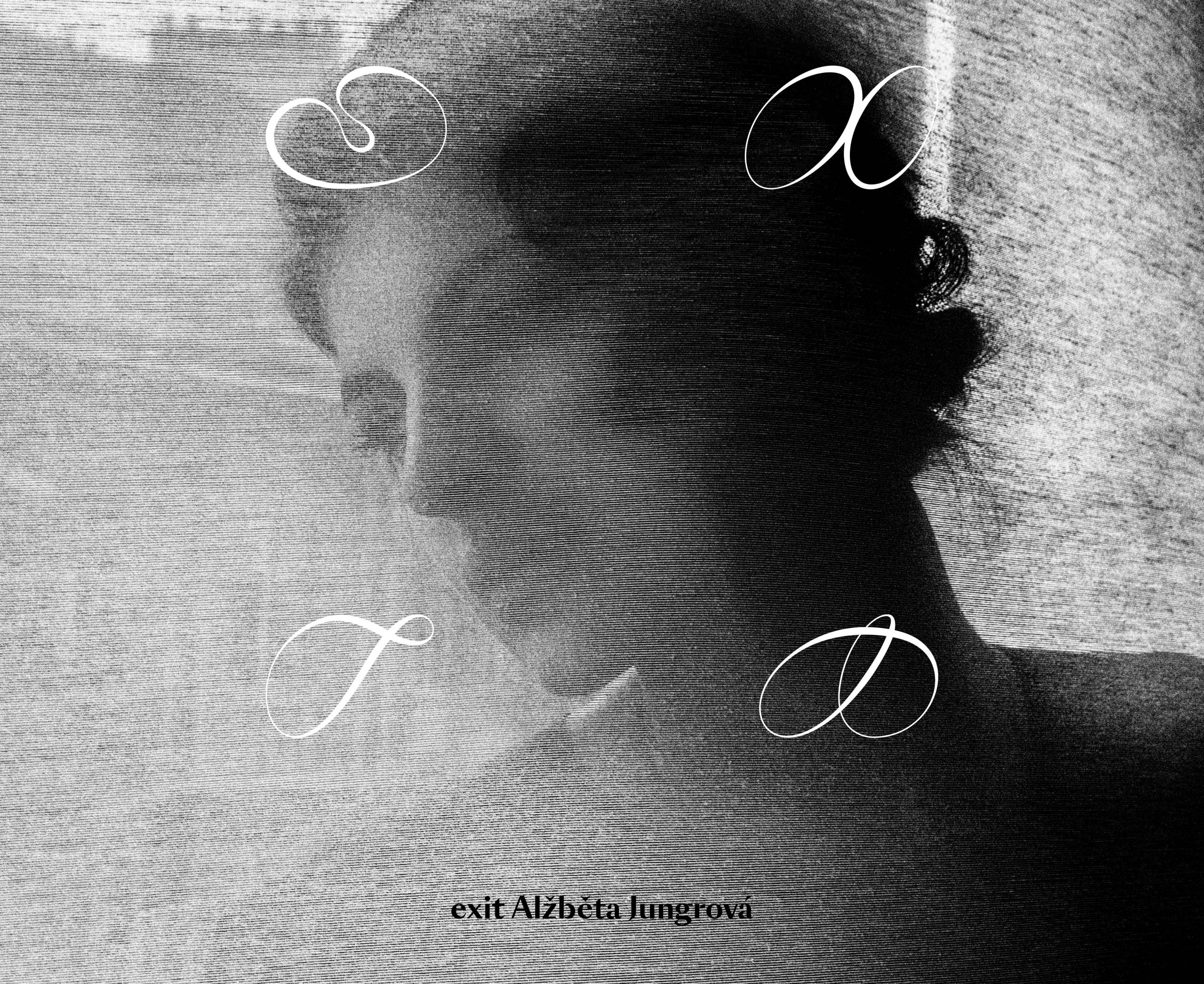 Trafo Gallery presents an extensive exhibition of works by photographer Alžběta Jungrová entitled EXIT. The exhibition of six diverse ensembles is complemented by a bilingual narrative publication. The opening and launch of the book will take place on Thursday, January 23, 2020 from 7 p.m.

Alžběta Jungrová, a former reporter who photographed conflicts and places where no one wanted to go, presents her free work from the last five years at the current EXIT exhibition. It is the departure from reportage photography to free creation and the search for one’s own world that is one of the many “exits” that the viewer can find in the exhibition. Another is dealing with the transience of this world and with definitive maturity. Jungrová visualizes her feelings through the characters of women, whether real with their own troubled destinies or just abstract female bodies.

The six cycles exhibited in the Trafo Gallery show the versatility and huge imagination of Jungrová. In addition to classic photography, there is also video, art photography, photographic collage or a combination of photography and painting.

The classic documentary photograph, on which Jungrová grew up, is represented by the series of photographs “Prisoner”. It captures the stories of women who often find themselves on the very edge of humanity. “It’s an extremely interesting topic for me,” explains Alžběta Jungrová. “In a way, I’m still looking for where our borders are and how far we can go. As I traveled the world, I realized that one can endure everything. What we are able to bear is actually unbelievable. ”

But behind-the-scenes photographs from burlesque, which have been taken for 7 years, also have a slightly documentary touch. The photographer followed her development and rise from performing in very modest conditions in smoky bars to performing on the stages of large theaters with a spectacular set. The costumes, make-up, choreography and character of the whole show changed. Burlesque is unique, mysterious, disappearing over time and reappearing. A fascinating mix of past and present times, a combination of historical elements and modern reality. Through a visually rich environment, Jungrová reveals the beauty and fragility of women, but also their immense strength.

The theme of fragility and femininity is followed by a series of large black-and-white photographs “In the mood for Love”, which are very personal statements about love and emotions. Other files already cross the boundaries of the photo itself, but each in a different way. Spectators are grateful for the “Scratch Cards”, which were originally created for an exhibition at the White Pearl Gallery and in the final form of which the spectators themselves participated. The individual motifs intertwine in surreal constellations, based on the author’s specific vision, working with a strong contrast of light and shadow, but also the principle of permeation and mirroring of individual moments.

Video projection works with a similar principle of interweaving as photographic collages, but the new medium brings dynamism to the stories.

The search for the boundary of photography is most pronounced in paintings created in collaboration with Martin Krajc, Jakub Janovský and Michal Škapa. “We always came up with everything together, and I consider the possibility of cooperation and confrontation with another artist to be great. Everyone uses different techniques, they think about the matter differently and move the work,” says Alžběta. The combination of photography printed on canvas and painting brings a completely new perspective not only on the theme of women and femininity, but also on the entire work of Alžběta Jungrová.

The exhibition is accompanied by a graphic design by Adam Uchytil, which contains photographs of the exhibited works. These are complemented by an extensive interview with the author.